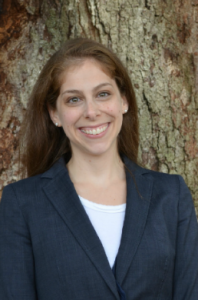 Jessica Gordon is the managing attorney of the Law Office of Jessica L. Gordon, LLC. Based on her strong desire to help build families and establish permanency for children, Jessica concentrates her practice on adoption law, assisted reproduction law, and child-related immigration matters.

After graduation, she was admitted to practice in Georgia in 2004 and served as a law clerk to the Honorable Phyllis A. Kravitch of the United States Court of Appeals for the Eleventh Circuit. Jessica then had the honor of teaching at Emory University Law School as a Post-Graduate Fellow through the Barton Fellowship Program. Following her Fellowship, she continued teaching at Emory University Law School as an Adjunct Professor. Jessica then began working in private practice focusing on adoption, assisted reproduction law and immigration.

Jessica continues her passion for teaching through various speaking engagements on adoption and immigration matters across the country. She is a founding fellow and past president of the Georgia Council of Adoption Lawyers (GCAL) and a member of both the Academy of Adoption & Assisted Reproduction Attorneys (AAAA) and American Immigration Lawyers Association (AILA).

Jessica, alongside her GCAL colleagues, spent several years drafting, presenting, and advocating for a comprehensive rewrite of Georgia’s Adoption Code. Jessica testified on behalf of GCAL in front of the Judicial Committees of both the House and Senate of the Georgia General Assembly. The new law took effect on September 1, 2018. Jessica was then appointed by the State Bar President to serve on the State Bar’s Children & the Courts Committee for the 2020-2021 term.

Jessica and her husband live with their twin daughters and two rescue dogs in Marietta, Georgia. In addition to spending time with her family and pets, Jessica enjoys swimming, hiking, crafting, and travel. Jessica is also an active volunteer in her community in both a legal and non-legal capacity.